A play kitchen isn’t complete without the best play food. We have a soft spot for wooden toy food, which is why you will find fun play food such as pizza, cake, meat, vegetables and many other food items made of wood. The food can also teach kids about a nutritional diet and provide a basis for good conversations about where food comes from, to name one example. Kids can invite friends, mum and dad, their teddy bears or dolls to a cosy tea party or arrange a birthday party with delicious food made by the chef or chefs in the children’s kitchen. Here’s why role play is important for your child’s general development Role play is a way of reproducing experiences in which you play a role. Children imitate different contexts and situations, assuming different roles and performing tasks in the context they are imitating.
While playing make-believe that they’re someone else, children’s empathy and understanding of the world around them is strengthened. Children learn by playing in a similar way to how we write things down to remember them. Role play is significant for children’s development, laying the foundations for an understanding of the world around them while the child’s personality is being formed. During role play with play kitchens and toy food or playing with dolls, children learn about others as well as themselves. Children’s inspiration for role play comes from everyday life. Pre-school children in particular play make-believe kitchen games and mummies and daddies. These are situations that are familiar to them and are easy to base games on, in which all children can take part. With multiple children participating, kids learn acceptance and consideration towards each other.

Free shipping for
All orders over €50 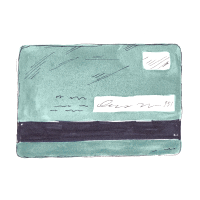 Sign up for the newsletter  Sign up and participate in the competition, we find a new winner each month. We’ll send you news about discounts, toys, and books.