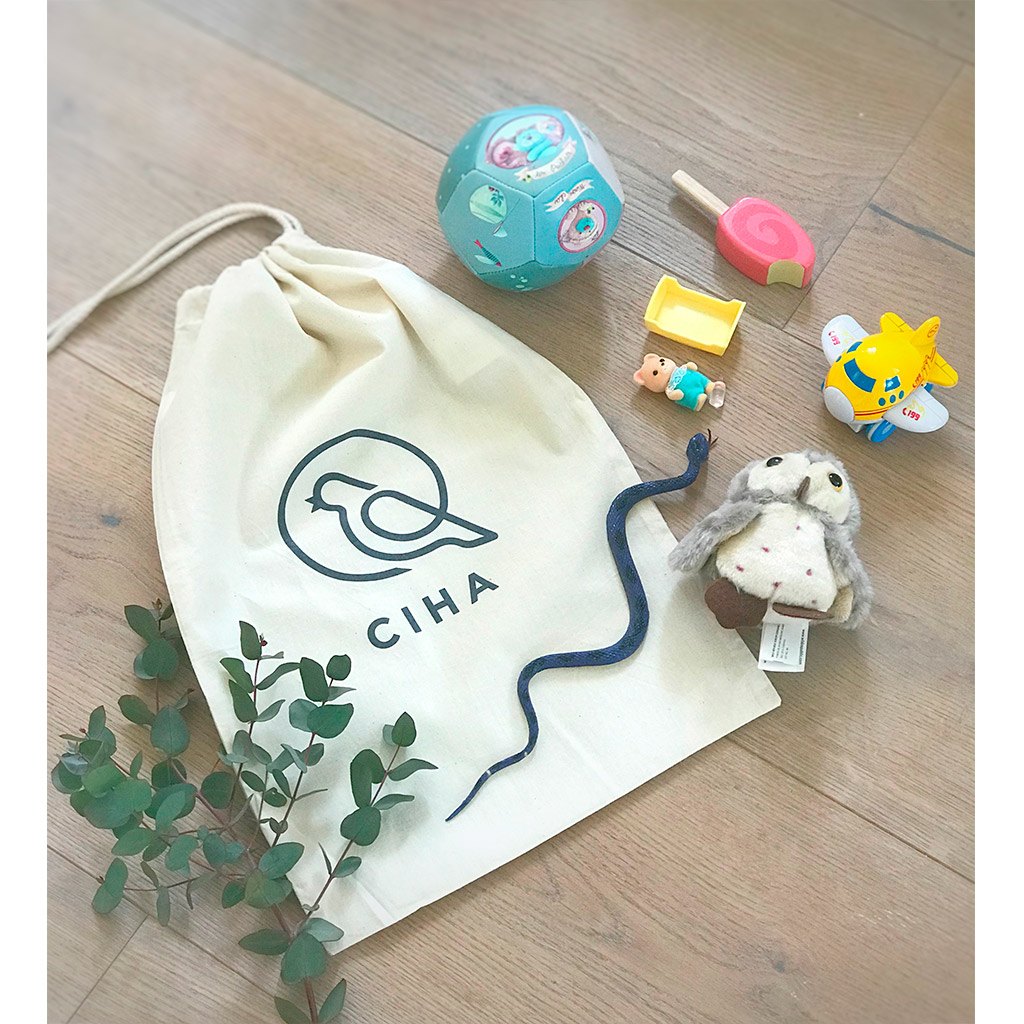 The Ling-6 sound test was one of the very first methods, we encountered in our Auditory Verbal Therapy with our girls. We have followed the strategies for almost 2 years now – it has been very intense, stressful and at times quite despairing.

What are Ling sounds?

The Ling sounds are 6 sounds, that are voiced to the child in random order. ( some mention a 7. sound – silence. We haven’t spent a lot af time with this, other than changing the time interval in which the sounds are presented from time to time). 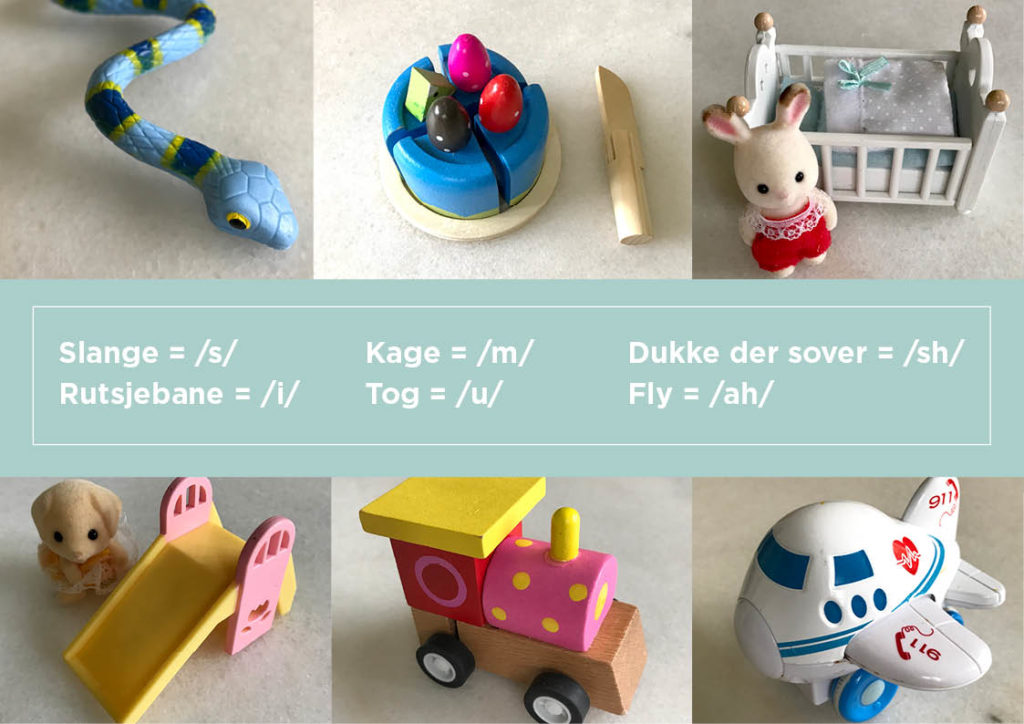 The sounds may be accentuated in different ways:

When you first start performing the test, it is benfitial to high-light the sounds and accentuate them in a singing voice: aaah – ah – aaah, simply just to get the child’s attention. When the child is older and more experienced, they should be able to detect the shorter version of the sound: /ah/.

I could write extensively about The Ling-6 sounds here and who is behind them, but you may find all this information elsewhere on CIHA’s website.

The six Ling sounds are placed in an audiogram, that forms a banana – therefor The Speech Banana. These frequencies are necessary for the child to hear to understand and detect speech.

The Speech Banana covers the frequencies in the audiogram that are needed for the child’s brain to understand speech and seperate different sounds in the spoken word. The six Ling sounds are all witin the range of the Speech Banana. The audiogram is descibed below: 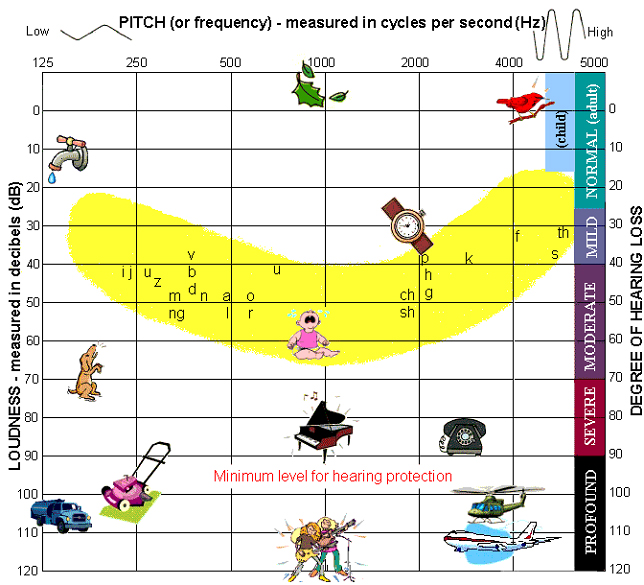 I do not have Alberte’s or Ella’s test results from when they where babies. However, I do remember that Alberte’s score was around  70-80 decibels (dB), which means a severe hearing impairment. This meant, that she would not be able to hear any speech without her hearing aids. In fact, her hearing aid might help make sounds louder but not loud enough to improve her speech understanding. Regular hearing aids are nothing more than an amplifier of sound but there must be some level of hearing sensation to begin with.

Ella’s hearing was worse: she scored about 90 decibel (dB) and was practically deaf. The only solution for her was to undergo Cochlear Implant Surgery. The benfit she got from regular hearing aids befor the surgery was next to nothing.

Why do we perform the Ling-6 sound test?

We perform the test every day to check that the girls’ entire auditory system is working correctly. By doing the test in a quiet setting, we can observe if there are any changes in their auditory reactions whether it is due to the apparatus or maybe a problem with the ear itself.

How do we perform the Ling-6 sound Test?

In the beginning, we always worked with so-called specifics – at home and in training.

How to perform the sound test with a small child:

Make sure, the child is occupied with something, that does not make a sound i.e. a toy, another person or a bucket of water (placed well out of reach for the child)

When the child does not want to participate

Unfortunately, I have no recordings from the first sound tests with our girls. It was a very difficult time and we found it hard to get them to participate at all. Eventually, we had to settle for splitting sound tests in two parts. I hesitate to say, that any sound test has ever gone by the book because in all honesty they haven’t. Never have we performed a test where everything is just right according to an overall plan with correct sound imitation and high levels of concentration – never!

When we did the sound test in AVT training, it was much easier because we were two adults present. But when you are alone with the child and have to voice the Ling sounds as well as capturing the child’s concentration – now that is so much more difficult to handle.

I also had to be creative along the way in selecting different toys when I rewarded the girls during the test, simply to maintain variation and concentration.

When they were toddlers, I choose toys like these: 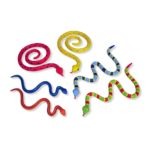 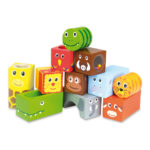 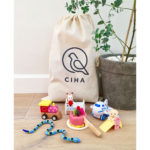 When they got older, I chose: 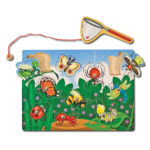 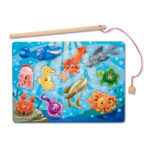 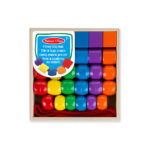 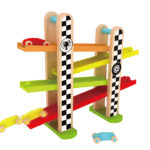 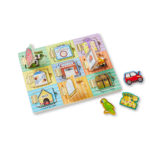 It is ALWAYS important to present the sounds auditively before showing anything visualy!

I am currently training the consonants  /p/ and /d/ with our youngest girl and /s/ and /f/ with our oldest. Training with the AVT bag is a perfect way for both girls to reach their goal without me having to test them individually.

Primitive sound tests are better then nothing

However, our sound tests have failed as many times as they have been a success.

Performing sound tests on two children at the same time is a huge, but necessary challenge as I am alone with them during the day. Of course there are pros and cons: the oldest, Alberte acts as a role model for Ella but may some times take over – that is why we take turns and I can test them one at a time.

There have been difficult times, when the girls were so reluctant to take part in the sound tests, that we simply had to give it a rest. We have had times, where Ella had so many middle ear infections that we all lost sleep for months and months. This naturally affected our training – Ella had trouble focusing and every little test became a struggle. I think it is so important to remember, that the sound tests should be fun and not turned into a bothersome chore. If the whole thing seems unpleasant and tiring, it is difficult to stay motivated in the long run.

The sound tests are an important tool for parents to check the child’s detection of sound under optimal circumstances. No one knows your child better than you and it is important that you react to any changes you may notice. Maybe the implants need tuning or the child needs to get their ears checked by a doctor.

Our girls are now 2 and 3 years old

Performing the sound test in the morning, still remains an impossible task.

There is simply too much pressure in the mornings. So if you feel a lot of time pressure early in the day, please don’t feel bad – you are not alone.

These days, we perform sound tests at any hour of the day and in many different places. I find it at good time, whenever the girls are occupied drawing or playing with modelling wax at he table. Another good time is when we are in the car, stopping at a red light – they can’t see my mouth when I am in the drivers seat and they are both in the back seat. Remember: primitive sound tests are better than no sound tests at all.

When we are out walking, I take great pleasure in doing the sound test with the girls – it is very special to me to hear them imitate the sounds I make, even with all the background noise of the outside world.

I still take out our The Ling-6 sound Package now and then – especially in the afternoon after day care.